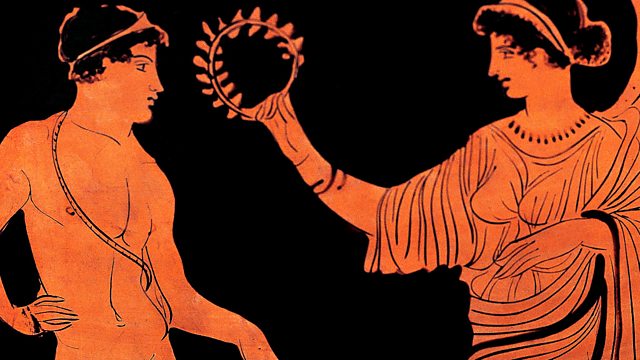 The Ballads of the Games
Episode 1 of 6

Words and specially-written songs tell of victory wreaths at Olympia from 776 BC, the revival of the modern Games, and how London stepped in to save the Games in 1908 and 1948.

The Ballads of the Games is a six-part series for BBC Radio 2 exploring the agony and the ecstasy of the Olympics, in the words of people who were there and through songs inspired by their stories.

The series begins at Olympia in Greece, with great athletes receiving laurel wreaths when the Games were staged in a period of regional peace known as the Olympic Truce. Contributions from the British Museum's Olympia expert Dr Judith Swaddling and acclaimed German historians Professors Wolfgang Decker and Stephan Wassong help bring the ancient Games to life; while a visit to Much Wenlock helps cover the revival of the modern Games by Baron Pierre de Coubertin

The previous Olympics in London in 1908 and 1948 were benchmarks in Olympic history. 1908 was full of controversy, notably between the English and Americans; and the story of one gold medal winner, Wyndham Halswelle, is tinged with the tragedy that befell him later on the Western Front. Halswelle's Olympic story is recounted by the Glasgow Herald's legendary sports writer Doug Gillon, who covered every Olympics from Munich 1972 to Beijing 2008.

Bob Fox's fine vocal in The Make and Mend Olympics introduces London's last staging of the Olympics, when a bomb-ravaged city cobbled together sporting venues while rationing was still in force. Bellies Full of Air sums up the difficulties of being an elite athlete at these Games and there are some wonderful stories from 1948, told by author Janie Hampson and competitors Dorothy Manley, Tommy Godwin and Dorothy Tyler.

Song and speech combine to convey hugely powerful personal experiences through melody and memory, adding a delicacy and pace that words alone cannot convey. Manley raced against the great Fanny Blankers-Koen and her memories of that experience, embraced by Julie Matthews' singing of Give a Woman Wings, is a lovely moment where an athlete reflects on giving her all.

Two years in the making, this is the second series of Ballads from Smooth Operations for Radio 2 since executive producer John Leonard revived the ground-breaking Radio Ballad techniques of Ewan MacColl and Charles Parker from 50 years before.

See all clips from Olympia (8)