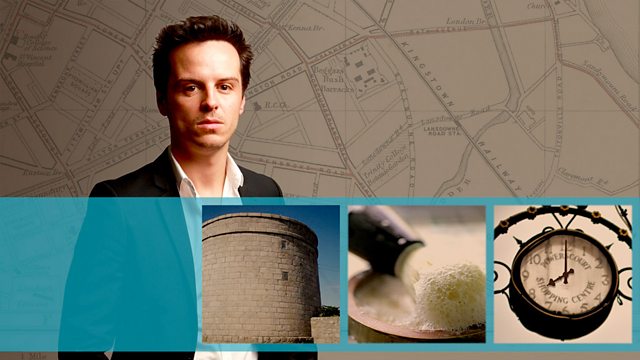 Part 1a: On the Martello Tower

Stephen Dedalus and Buck Mulligan look out over Dublin Bay. It is 8.00 am on the 16th June 1904. With Andrew Scott, Kevin Trainor and Stephen Rea. Dramatised by Robin Brooks.

'Stately plump' Buck Mulligan calls Stephen Dedalus to the top of the Martello tower overlooking Dublin Bay - and so begins James Joyce's celebrated account of the 16th June 1904. The combined stories of Stephen and Leopold Bloom as they meander through the city. In a landmark project a new dramatisation of Ulysses is broadcast across one day - morning, afternoon and evening. With live commentary from Mark Lawson, broadcasting from Dublin. Dramatised by Robin Brooks.

Part 1b: The Martello Tower