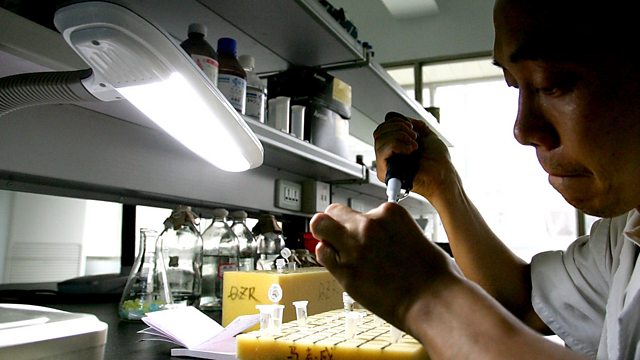 Technical challenges have held up gene therapy for over a decade. Geoff Watts discovers if a new trial in the UK for cystic fibrosis will deliver the corrected gene successfully.

Gene therapy - repairing malfunctioning cells by mending their DNA - offers an elegant solution to diseases, such as cystic fibrosis, caused by a single flawed gene. It's a very simple concept to describe - simply insert a 'normal' gene to do the job - but it's this process, the delivery of the gene, that's proving to be so difficult and time consuming. Since the first human study began in 1990 the field has struggled with various technical challenges and set-backs. But over a decade on, researchers are beginning to report successes in treating several devastating diseases. Geoff Watts finds out about some of the new techniques for gene therapy, and discovers how these are now being used in a trial of a new method of gene therapy for cystic fibrosis.

12 years ago, a group of scientists from Imperial College in London, Oxford and Edinburgh formed the Cystic Fibrosis Gene Therapy Consortium. This year they started the world's biggest trial of gene therapy for cystic fibrosis. Funded by the Cystic Fibrosis Trust, the Medical Research Council and The National Institute for Health Research , the trial will treat 120 CF patients with either a placebo or a healthy copy of the gene that causes CF. The gene is wrapped up in a fat globule, or liposome and delivered in aerosol form directly to the lungs.