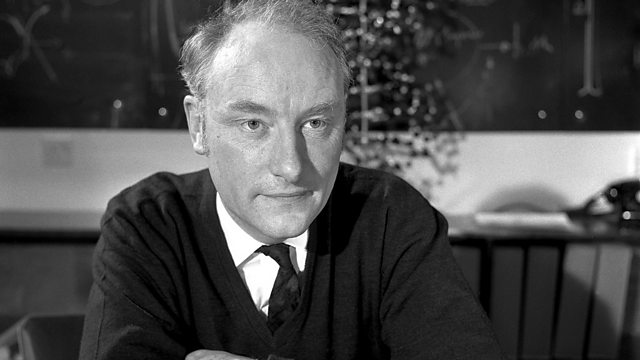 James Naughtie peers down the microscope at the Nobel prize-winning molecular biologist who helped discover the structure of DNA.

The New Elizabethans: Francis Crick. To mark the Diamond Jubilee, James Naughtie examines the lives and impact of the men and women who have given the second Elizabethan age its character.

James Naughtie peers down the microscope at the talkative and incisive Nobel prize-winning molecular biologist who helped discover the structure of DNA. As the principal author of the 1953 paper in the journal Nature, Crick, alongside Jim Watson, established how messages might be carried by DNA, the memory system in our genes. His "central dogma" was that genetic information flows one-way in cells, from DNA to RNA to protein. Later he developed an interest in neuroscience and the problem of consciousness. The Francis Crick Institute due to open in London in 2015 will be the biggest centre for biomedical research and innovation in Europe.