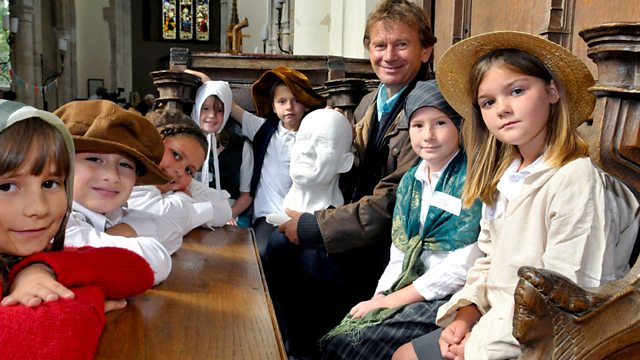 The Great British Story: A People's History
Episode 3 of 8

History series. Michael Wood explores how foreign invaders shaped Britain following the battle of 1066, as well as the struggle for rights across medieval Britain.

The next chapter of The Great British Story begins with the Battle of Hastings and the Norman Conquest, a brutal foreign occupation that will eventually draw in Wales and Ireland too.

This episode explores how the Normans consolidated their power by building castles all over England. Michael Wood visits the excavation of an enormous Norman Castle mound at Mount Bures, Essex, and returns to the community big dig at Long Melford to find out what life was like for the Anglo-Saxon peasantry in the decades after 1066.

Going into the 12th century, the programme looks at the medieval beginnings of trade and industry in Bristol, Wales and the Black Country. Finally, Michael explores the battle for rights enshrined in Magna Carta with an original copy in Hereford before looking at the Barons' War and the Scottish War of Independence, struggles that will shape the lives of the British people till today.