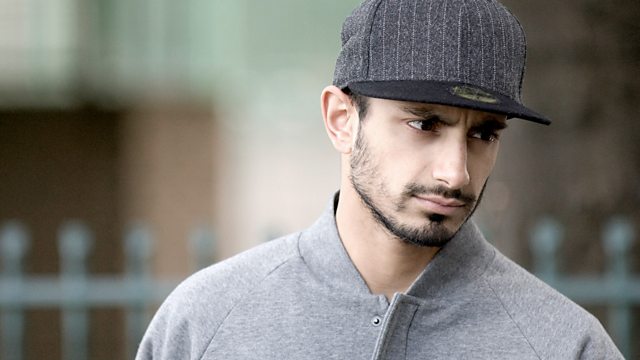 Ben Drew (a.k.a rapper Plan B) makes his directorial debut with the film iLL Manors. Ed and Aaron are small time East London drug dealers and the film weaves various interlocking narratives around them and others eking out a hand-to-mouth existence in a dangerous and morally hazy environment.

Martin Amis's novel Lionel Asbo is also set on a London estate where deprivation and criminality are rife. Lionel is the pitbull-owning uncle of Des - a teenager with higher aspirations. But while Des attempts to break free via education, Lionel moves into the precarious world of instant celebrity and notoriety after a lottery win.

Gregory Doran's production of Julius Caesar at the Royal Shakespeare Theatre in Stratford relocates the action to a modern African state. Jeffery Kissoon is Caesar with Paterson Joseph as Brutus and Ray Fearon as Mark Anthony.

Following in the footsteps of Kevin Macdonald's crowd-sourced film A Life in a Day, Morgan Matthews has taken 750 hours of footage shot by members of the public all round the UK on November 12th last year and edited it down to make Britain in a Day for BBC2.

Photoworks at the Haunch of Venison gallery in London is the first UK solo show by American artist Nancy Holt. Holt is a pioneering artist in the field of land art and site specific work and this exhibition comprises landscape photographs of the American West and of interventions which she made in the landscape over the course of five decades.