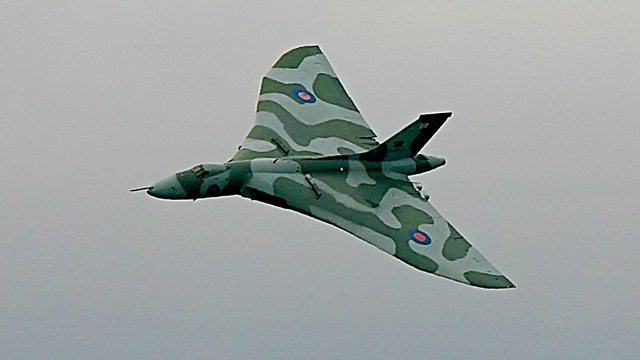 Robin Glendinning's drama recreates the world's longest bombing raid - the attack on the runway at Port Stanley during the Falklands War. Military success or propaganda effort?

During the Falklands War 30 years ago, the RAF staged the world's longest bombing run, in an attempt to damage the runway at Port Stanley. Using ageing Vulcan bombers, crews flew a round trip of 8000 miles from Ascension Island to the South Atlantic. Such a journey required not just in-flight refuelling, but re-fuelling of the refuelling planes - a hazardous undertaking that had never before been attempted on such a scale.

In this drama, Robin Glendinning recreates the nail-biting adventure. Not only were the raids themselves difficult to pull off, but even getting the aircraft ready for the flights was a major task. Aviation museums across the world were raided for spares, and key parts retrieved from junkyards.

But there are those who question whether or not the operation was militarily useful - or whether or not the same job could have been done more effectively using planes attached to the naval task force. Was this really about war, or was it about the RAF trying to carve out a role for itself in a conflict that threatened to be entirely dominated by the Army and Royal Navy? And how successful were the raids anyway?