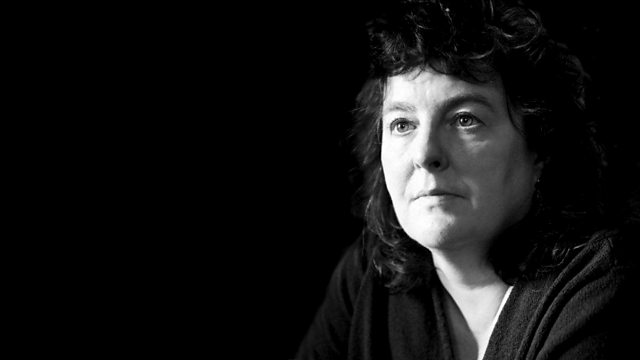 Michael Berkeley welcomes the Poet Laureate, Carol Ann Duffy, as his Private Passions. The first woman, the first Scot, and the first openly gay person to hold the post, she was appointed in 2009, having won many awards for her poetry collections since taking first prize in the National Poetry Competition in 1983. Most recently, 'Rapture' (2005) won the TS Eliot Prize, and her latest collection, 'The Bees', won the 2011 Costa Book Award for Poetry.

Born into a Roman Catholic family in the Gorbals, a poor area of Glasgow, Carol Ann developed a passionate love of literature at school, and for a decade from the age of 16 she lived with the Liverpool poet Adrian Henri. She had two plays performed at the Liverpool Playhouse and received an honours degree in phoilosophy from the University of Liverpool. In 1996 she was appointed a lecturer in poetry at Manchester Metropolitan University and later became creative director of its Writing School. She was appointed Poet Laureate in 2009. Her work as laureate includes poems on the MPs' expenses scandal, the deaths of the last British servicemen who fought in World War I, David Beckham's tendon injury, and the wedding of Prince William and Catherine Middleton. Her poems, which explore everyday experience and a rich fantasy life, are on the school curriculum in the UK.

A keen music-lover, Carol Ann Duffy learnt the piano as a child. Her choices include Chopin's E major Etude Op.10 No.3, which her mother loved to hear her playing; extracts from Mozart's 'Marriage of Figaro' and and Christy Moore singing a song with words by W B Yeats. This edition, first broadcast in June 2012, is part of Radio 3's celebration of British music - Private Passions' guests this month are four poets from across the UK.