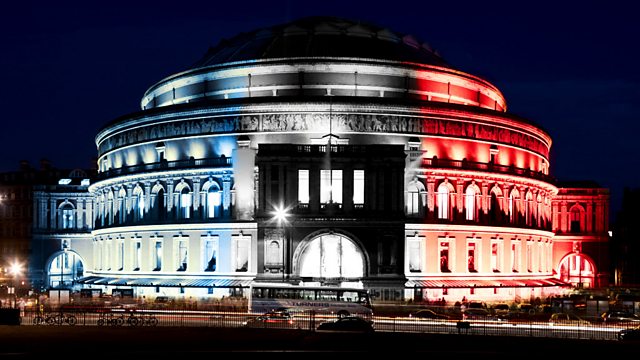 On a head count, the British capital has long been the sixth biggest French city, boasting more French people than Nantes, Strasbourg or Bordeaux. Today London's French community is racially and culturally diverse. It has grown far beyond the bourgeois confines of 'Frog Valley' in well-heeled South Kensington. Lucy Ash meets some of the new Gallic Eastenders and asks what their stories can tells us about the current state of France and her former colonies.

The East End's French connection goes back to the 17th Century when Charles II offered sanctuary to tens of thousands of persecuted French Protestants. Lucy visits Spitalfields, where many of the Huguenots settled, and at the Denis Severs House museum hears the story of one silk merchant who lived there in the 1680s. She meets the French owner of a nearby wine bar with a lunch menu inspired by the hardworking Huguenots who once walked the streets now filled with sari shops and Bangladeshi restaurants.

The Huguenots came to the UK to escape prejudice at home - so are there any modern day parallels? One unlikely Gallic outpost is New VIc in Newham, London's biggest 6th form college. It can't really compete with the Lycee Charles de Gaulle in Kensington but it does have a high number of Francophone pupils and the demographics are very different. These are mainly non-white students from France's Overseas Departments or former colonies, places like Reunion, Guadeloupe and Algeria. They have crossed the channel partly because they hope learning English will improve their chances of getting a job and partly because of perceived racial prejudices in the French system.

The head teacher Eddie Playfair is a pragmatic Brit with a background in Corsica. He says that finding a job in France is often tough, as payroll taxes and bureaucracy make employers wary of taking on new staff. For non-white applicants it is even worse. CVs are reputedly routinely thrown in the bin for having the wrong postcode or a North African surname. Unemployment among children and grandchildren of immigrants in the outskirts of French cities runs at around 60%.

We meet, Hamid Senni, a young businessman with Moroccan roots who wrote a book called De la Cité (the French term for a council estate) à La City. When he told his first boss in France that he wanted to become a manager, he was laughed at and thrown out of his office. Now he runs a lucrative consultancy company in Mayfair. Cleo Soazandry also feels there is far less discrimination here in London. A former Miss Madagascar, turned TV presenter and businesswoman, she once lived in the Parisian suburbs but decided to cross the channel in her early teens. She shows Lucy her secret French London - a night spot popular with the African Francophone community.

Lucy discovers another group of young French people in Hackney. Most of them are designers, artists or work in cutting edge digital media outfits. Malika Favre, who has just done a cover for the Penguin edition of the Kama Sutra, says she finds London a more creative environment and she find English 'hypocrisy' is good for business.