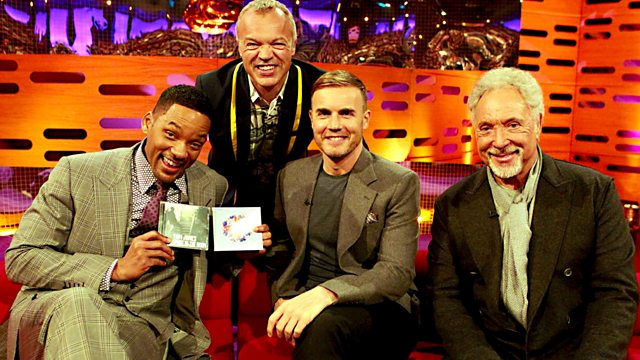 The award-winning host continues his anarchic talk show. Expect the unexpected as top celebrity guests join in the fun with Graham and his irrepressible audience.

Among the guests on Graham's sofa are Hollywood star Will Smith, who stars in new film Men in Black III; Take That's Gary Barlow, who is discussing the Jubilee Celebration Concert; and music legend Sir Tom Jones, who chats and performs Hot or Miss.