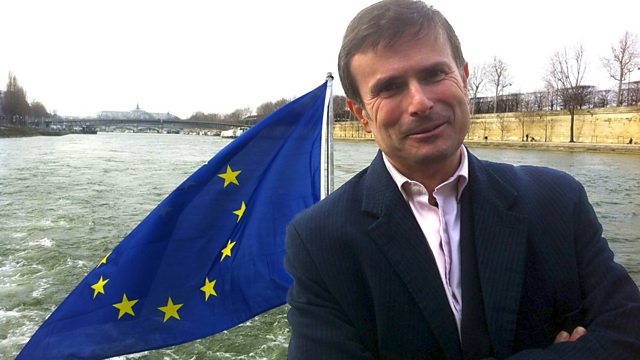 As Europe teeters on the edge of an economic precipice, BBC business editor Robert Peston takes a long view of the euro, the cost of saving the monetary union and the alternative.

For more than two years Europe has teetered on the edge of an economic precipice - one of the factors that has pushed Britain back into recession. How exactly did Europe get itself into the current financial mess? Talking to historians, economists and politicians, BBC business editor Robert Peston takes a long view of the euro - from Churchill's vision of a United States of Europe to the bail-outs of Greece, Portugal and Ireland. Meeting a property developer in Ireland, a taxi driver in Rome and a German manufacturing worker, the film exposes the high cost being paid by European workers today for the dream of monetary union - and how close Europe came to a complete banking meltdown. The crisis could yet claim another victim - Britain, with its vast financial sector, would be dragged down by the collapse of the euro. The cost for saving the euro may be high, but the alternative would be a return to the economic mayhem of the 1930s.