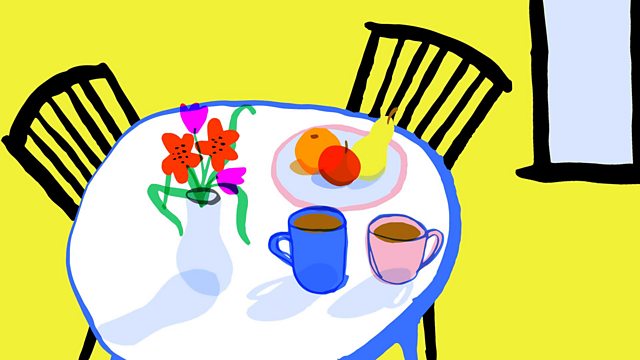 Sian Williams and Richard Coles with chef Angela Hartnett, Jackie Green who had a sex-change operation on her 16th birthday and is now in the running for Miss England, Sandra Jenkins and Mavis Smith who saw their village demolished and their community scattered in the 1970's, and John-Paul Flintoff who set out to change the world by weaving his own underpants from nettles; John McCarthy goes Plane-spotting, there's a Soundsculpture about cicadas, and Paddington Bear creator Michael Bond's Inheritance Tracks.