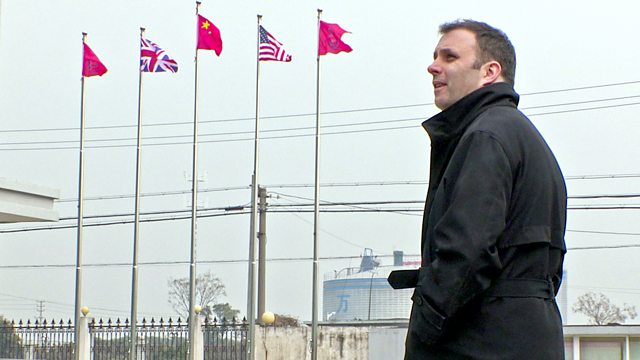 The Town Taking on China
Episode 1 of 2

Documentary following a cushion manufacturer's attempts to shift jobs from his Chinese factory to Merseyside. The first challenge in Kirkby is to find and train new staff.

Tony Caldeira owns two cushion factories: one in Kirkby, Merseyside, and one in China. However costs and wages have soared in China - so Tony is embarking on an ambitious experiment to bring jobs back to Britain.

The problem is that Kirkby is the fifth most deprived borough in the country, with a quarter of people claiming some kind of benefit and with unemployment standing at 70% higher than the national average.

Tony's first challenge is to find new staff who are willing to work in the physically demanding world of manufacturing. He must then train young people in the old skill of sewing, whilst also inspiring them to commit to the company despite the fact they are earning the minimum wage. To succeed, he will need all the help he can get from his trusted factory manager Malcolm, sewing floor supervisor Pam, and experienced machinist Joanne.

While they try to rebuild British manufacturing, the situation in China becomes even starker for Tony when he is held to ransom by a member of staff who wants a 50 percent pay rise.

See all episodes from The Town Taking on China