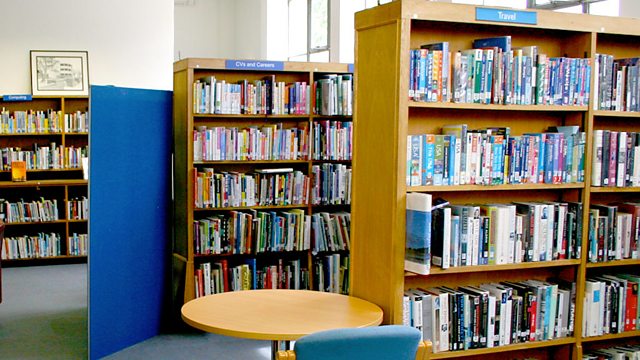 4 Extra Debut. Jonathan Glancey explores how libraries in Europe and the USA are being reinvented to meet changing social demands. From May 2012.

The public outcry over the predicted closure of libraries masks a subtler story. Across Europe, the USA and Britain libraries are being re-invented. They are being given a much needed architectural facelift and a profound review of services in order to guarantee their survival into the 21st century.

Jonathan Glancey presents this programme which visits the great game-changing library in Seattle, Europe's 'most modern' library in Deft, a library in Stuttgart which is reviving a whole neighbourhood, Piers Gough's 'super library' for Canada Water in London's Docklands and, of course, the huge new library at the centre of Birmingham which will open next year as the largest public cultural space in Europe.

He considers what these libraries are doing to secure their place in the future - what they can offer in terms of inspiring architecture, engagement with the communities they serve and democratic access to the digital world.