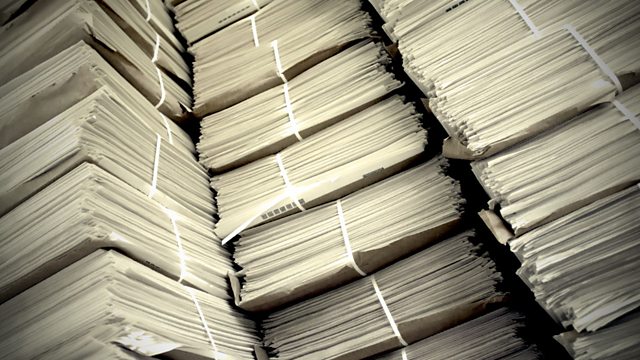 Greed All About It

By Ian Hislop and Nick Newman. Satirical look at the Wapping dispute. Ambitious journalist Alice hears about the setting up of a new newspaper in a high-tech office in Wapping.

It is 1986 and Alice longs to be taken seriously as a proper journalist. So when Greg 'from management' takes a shine to her and mentions that he is involved in setting up a new newspaper in a high tech office in Wapping, she senses an opportunity.

A sharp, satirical look at the Wapping dispute by Ian Hislop and Nick Newman. Part of the Eighties season on TV and Radio.

Four Trees down from Ponte Sisto