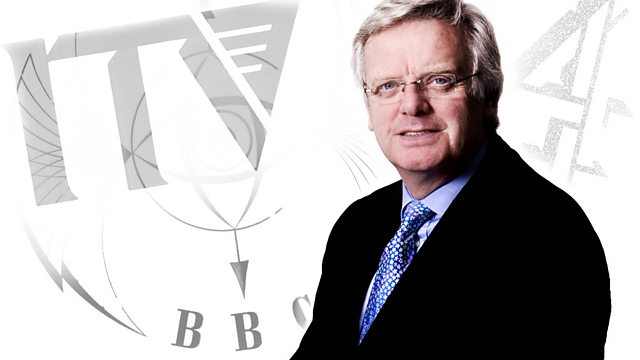 Michael Grade: On the Box
Episode 5 of 6

The story of TV seen from Michael's unique and personal viewpoint. Grade returns to BBC One where he green-lights EastEnders and cancels Doctor Who.

Michael Grade tells the inside story of Britain's television industry, as seen from his unique and personal viewpoint.
Part 5: Dishing The Dirt
Following his stint in Hollywood, Michael Grade returned to the UK in 1984 to take up the post of Controller of BBC ONE or as he calls it "the best job at the BBC". This programme looks at the legacy of his tenure which included a hard-hitting soap opera, the world's longest running medical drama and the cancellation of one of the most iconic shows on the box.
Michael visits Elstree TV studios, the home of 'EastEnders' and talks to actresses Pam St. Clement (Pat) and June Brown (Dot), Controller of BBC Drama John Yorke and the show's current production team, while discussing the origins of the hit soap with former Controller of BBC ONE Jonathan Powell.
Michael also recalls the creation of 'Casualty' - another show Michael commissioned for the BBC - and his past truly catches up with him as he meets Steven Moffat, Writer and Executive Producer of 'Doctor Who', the series Michael tried to cancel in 1985.
Away from the BBC, Michael recalls the arrival of satellite broadcasting in Britain and considers the impact of rolling news channels like Sky News, the ITN News Channel and the then BBC News 24.
Contributors include: Broadcasters Melvyn Bragg, Piers Morgan, Angela Rippon and Richard Quest, actors Maureen Lipman and Pauline Collins, Writers Simon Ashdown and Lynda La Plante, Executives Mark Thompson, Peter Fincham, Paul Fox, Mal Young and Jane Tranter, and others.
Written and produced by Malcolm Prince.

See all episodes from Michael Grade: On the Box