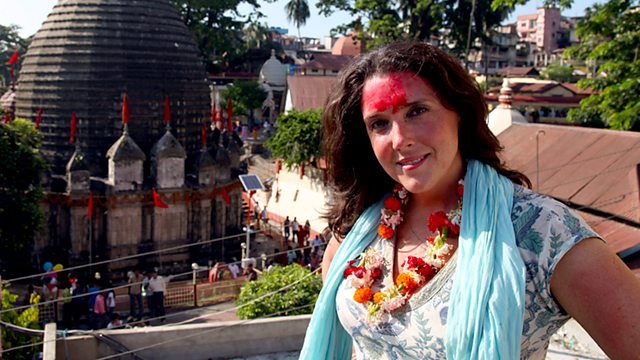 When God was a Girl

Series uncovering the hidden history of women in religion. Bettany Hughes investigates goddess worship across the world and ancient conceptions of the divine.

Historian Bettany Hughes goes back to the beginning of time and visits the world's oldest religious site to find startling evidence that women were part of the very birth of organised religion.

She visits a world where goddesses ruled the heavens and earth, and reveals why our ancestors thought of the divine as female. Travelling across the Mediterranean and the Near East, Bettany goes to remote places, where she encounters fearsome goddesses who controlled life and death. And she ends up in modern-day India, where the goddess is still a powerful force for thousands of Hindus.

Immersing herself in the excitement of the Durga Puja festival, Bettany experiences goddess worship first-hand, and finds out what the goddess means to her devotees.

Handmaids of the Gods

See all episodes from Divine Women