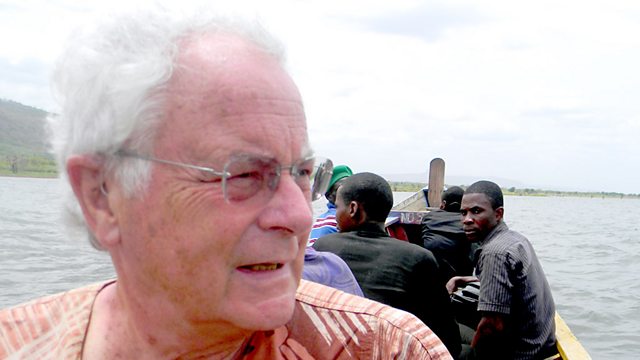 From sitcom to chiefdom - Michael Palin introduces the story of Humphrey Barclay's journey from TV comedy to an African village in Ghana.

From sitcom to chiefdom - Michael Palin introduces the story of Humphrey Barclay's journey from TV comedy to an African village in Ghana.

Humphrey Barclay is the man behind some of Britain's best loved sitcoms. He started with the Cambridge Footlights and rubbed shoulders with the best of comic talent, soon finding himself working with John Cleese, Michael Palin, and Terry Jones in television shows such as 'Do Not Adjust Your Set'. Humphrey stayed behind the scenes as a producer, but now he has come centre stage in a very different world. Today Humphrey Barclay's work is a far cry from TV studios and scripts. We find him dressed in the most elaborate robes and taking part in African rituals, as we discover his life as a Chief in the remote Ghanaian village of Kwahu Tafo.

It all came about thanks to an African actor who played a part in 'Desmond's', a sitcom Humphrey made in the late 1980s for Channel Four.

Set in a barbershop in south London, it starred Gyearbour Asante from Ghana, with whom Humphrey soon had a strong personal friendship. When Gyearbour died, it was clear to Humphrey that he needed to attend his funeral in Ghana, and he made plans for the journey. The funeral lasted three days, and at the end of the elaborate ritual, Humphrey received an unusual request: would he like to join the royal family as a chief? The only answer seemed to be 'yes'.

We join Humphrey as he journeys from the capital Accra up into the interior of Ghana to his adopted village on the high Kwahu plateau. Humphrey will be with the villagers to celebrate Ghana's Independence Day, marking the moment that British colonial rule ended in 1957. He'll take us on a tour of his duties as 'Nkosuohene', or development chief, and he'll take us to see the sacred rock Buruku. Most importantly he'll show us some of the achievements of his time as chieftain of this remote Ghanaian outpost, where he has helped build a library, a music academy, as well as set up many medical projects.

From the Finchley Road to the Kwahu plateau - this will be a journey that links Humphrey's two disparate worlds and show what can happen when life takes an unexpected turn.