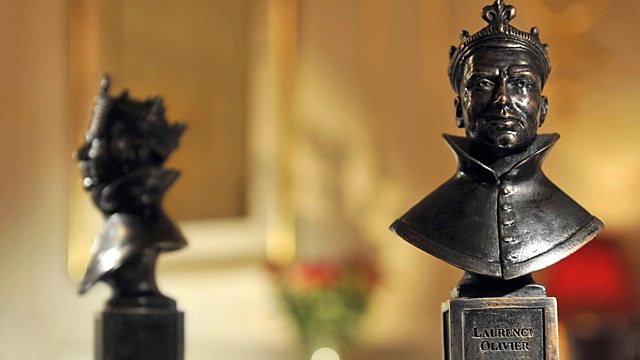 Ken Bruce is live at London's Royal Opera House capturing the news, performances and interviews from the biggest night in the British theatre calendar.

Ken Bruce is live at London's Royal Opera House, for the Olivier Awards as BBC Radio 2 brings the glamour and excitement of the biggest night in the British theatre calendar to the airwaves. He is joined by Anneka Rice, who's on the red carpet, interviewing the stars as they arrive.

The RSC's Matilda The Musical leads this year's shortlist, with nominations in ten categories; while The National Theatre lead the way for plays with an impressive 15 nominations, including recognition for hit comedy One Man, Two Guvnors, musical London Road, and Danny Boyle's Frankenstein.

This year also sees the return of the Audience Award for the Most Popular Show, decided entirely by members of the public and presented by Radio 2. Billy Elliot The Musical, Jersey Boys, Les Misérables and Wicked are the four shows that have made it onto the shortlist, as announced on the Elaine Paige Show back in February.

And another Radio 2 regular, Sir Tim Rice, will receive the Special Award in recognition of a career which has seen him win Oscar, Golden Globe, Tony and Grammy Awards, been recognised with a star on the Hollywood Walk Of Fame, and inducted into the Songwriters' Hall Of Fame.

This year's ceremony will also include performances from the casts of Matilda, Singing In The Rain, South Pacific, Ghost, Betty Blue Eyes, The Wizard of Oz. London Road, Shrek the Musical and more, performing with the BBC Concert Orchestra.

See all episodes from The Olivier Awards

Example of image and text