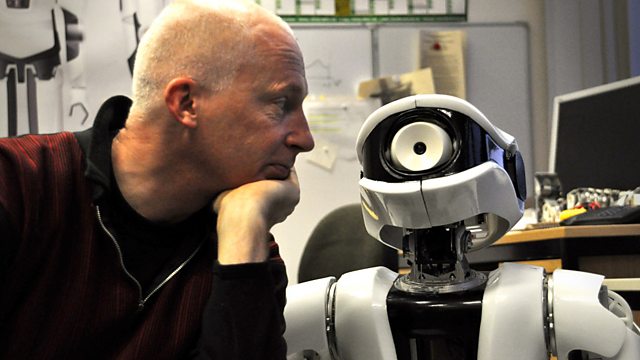 The Hunt for AI

Series exploring topical scientific issues. Marcus Du Sautoy asks how close mankind is to creating computers or robots that can think for themselves - artificial intelligence, AI.

Marcus Du Sautoy wants to find out how close we are to creating machines that can think like us: robots or computers that have artificial intelligence.

His journey takes him to a strange and bizarre world where AI is now taking shape.

Marcus meets two robots who are developing their own private language, and attempts to communicate to them. He discovers how a supercomputer beat humans at one of the toughest quiz shows on the planet, Jeopardy. And finds out if machines can have creativity and intuition like us.

Marcus is worried that if machines can think like us, then he will be out of business. But his conclusion is that AI machines may surprise us with their own distinct way of thinking.

See all clips from The Hunt for AI (2)