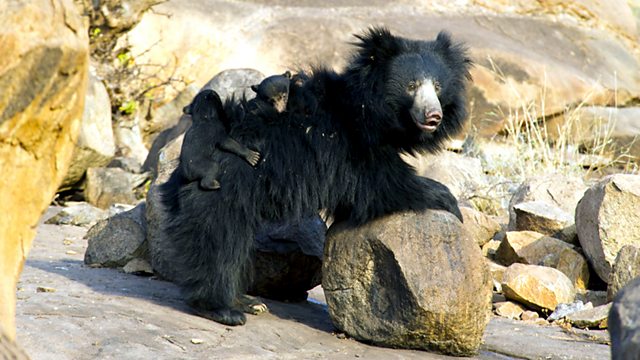 David Attenborough narrates a documentary looking at the secretive sloth bear. It follows a young male called Baloo as he grows up in the harsh Karnataka landscape in India.

The Jungle Book's Baloo the bear character is based on the secretive sloth bear who lives in India's wildest places. The real Baloo does chase fancy ants, but his life is a lot tougher than that of his fictional friend.

Narrated by David Attenborough, this is the first film ever made on these shy creatures and it follows a young male called Baloo as he grows up in the harsh Karnataka landscape, fending off foes and finding food. Baloo's mother is also nearby with two new cubs on her back, trying to keep them safe from prowling leopards.