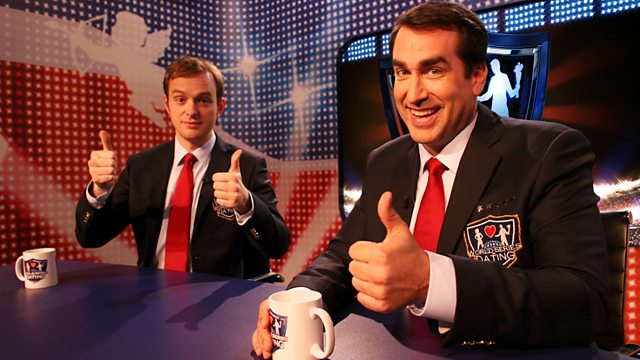 World Series of Dating
Episode 2 of 8

Comedy reality series. Guest star Rob Riggle and comedian Tom Price guide us through the next dating combat, in which one of the guys starts a food fight with the girls.

Four distinctive and especially selective girls govern the 'datezone' as a number of guys try to last as long as they can over a dinner date. The girls can buzz a guy out for any reason at anytime and only one boy can win the first episode with the hope of making it through to the final, and, eventually, being declared Britain's greatest living dater.

In the next dating combat, one of the guys starts a food fight with the girls whilst a mahogany owl swoops into the datezone and begs the girls not to press the blowout button.

See all episodes from World Series of Dating