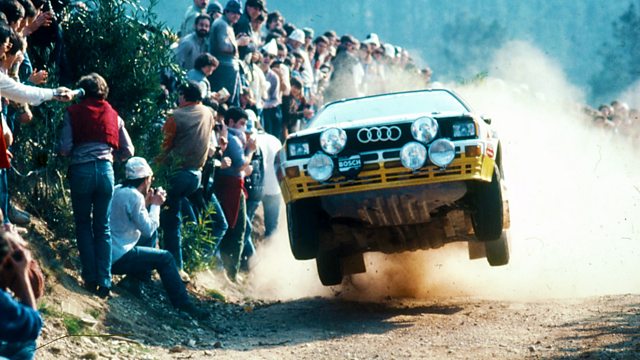 In the 1980s, rallying was more popular than Formula 1, but its unregulated mayhem using extremely powerful cars would end abruptly in 1986 after a series of horrific tragedies.

In the 1980s rallying was more popular than Formula 1. 'Group B' machines had taken the world by storm. Deregulation opened the way for the most exciting cars ever to hit the motorsport scene. Nothing like it has ever happened since. 'This is the fastest rallying there has ever been' - Peter Foubister.

For four wild and crazy years manufacturers scrambled to build ever more powerful cars to be driven by fearless mavericks who could handle the extreme power. The sport was heading out of control and the unregulated mayhem ended abruptly in 1986 after a series of horrific tragedies. This is the story of when fans, ambition, politics and cars collided.

'The fans were crazy. As the cars sped by the spectators ran into the road!' - Ari Vatanen. 'They were playing with their lives'.

'To go rallying is madness. This was refined madness' - John Davenport

From the producer of Grand Prix: The Killer Years and the Grierson-nominated Deadliest Crash: The 1955 Le Mans Disaster.