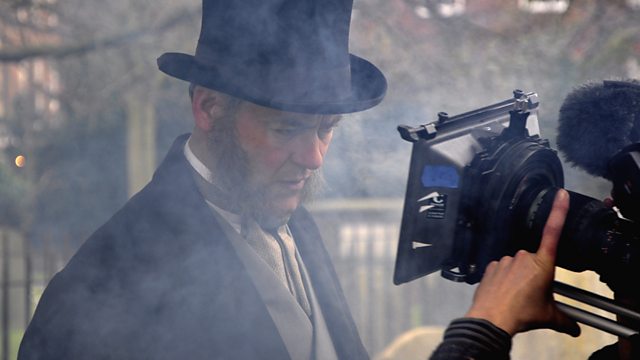 The Charles Dickens Show
Episode 2 of 4

Charles Dickens hosts a chat show looking at 19th-century topics. In this episode, he is joined by Mary Seacole and Florence Nightingale to discuss Victorian health.

He was vain, quick-witted, and a terrific performer. Here in the 21st century, Charles Dickens would have been the supreme chat show host - which is exactly what he becomes in the Learning Zone's contribution to the 200th anniversary of his birth. With a nod to popular magazine programmes like The One Show - and recorded in its London studio - The Charles Dickens Show sees the celebrated author interview A-list guests of the Victorian era like reformers Lord Shaftesbury and Dr Thomas Barnardo, nurses Florence Nightingale and Mary Seacole, and even Queen Victoria herself.

What was life really like for Victorians? The Charles Dickens Show bursts with shocks, laughs and fascinating facts. Dickens, his roving reporter Nelly and a string of famous guests telly-port us back into a world that's dirty, dangerous and often deeply strange. Special reports include a video diary shot undercover by an orphan in a workhouse; interviews with mudlarks and purefinders on London's mean streets; Ask The Doctors, where Joseph Lister takes on the traditionalists; and Mrs Beeton's guide to Christmas Day.

In this episode Dickens is joined by Mary Seacole and Florence Nightingale to discuss Victorian health. With a report on cholera from Doctor John Snow, and 'Ask The Doctors', in which upstart Doctor Joseph Lister takes on the medical establishment.

See all episodes from The Charles Dickens Show

See all clips from Health (5)