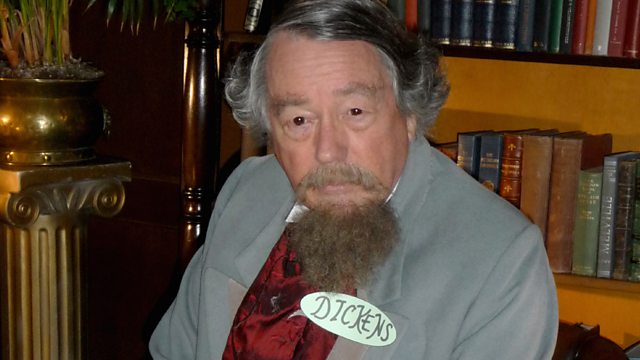 The Charles Dickens Show
Episode 1 of 4

Charles Dickens hosts a chat show. He is joined by fundraising virtuoso Doctor Thomas Barnardo to discuss the Victorian phenomenon of the workhouse.

With a nod to popular magazine programmes like The One Show - and recorded in its London studio - The Charles Dickens Show sees the celebrated author interview A-list guests of the Victorian era, like reformers Lord Shaftesbury and Dr Thomas Barnardo, nurses Florence Nightingale and Mary Seacole, and even Queen Victoria herself.

What was life really like for Victorians? The Charles Dickens Show bursts with shocks, laughs and fascinating facts. Dickens, his roving reporter Nelly and a string of famous guests telly-port us back into a world that's dirty, dangerous and often deeply strange. Special reports include a video diary shot undercover by an orphan in a workhouse; interviews with mudlarks and purefinders on London's mean streets; Ask The Doctors, where Joseph Lister takes on the traditionalists; and Mrs Beeton's guide to Christmas Day.

In this episode, Dickens is joined by fundraising virtuoso Doctor Thomas Barnardo to discuss the Victorian phenomenon of the workhouse. He hears from Billy, an orphan who has lived in one for two years, and chief cook Mrs Burble takes him through a typical workhouse menu.

See all episodes from The Charles Dickens Show

See all clips from The Workhouse (4)