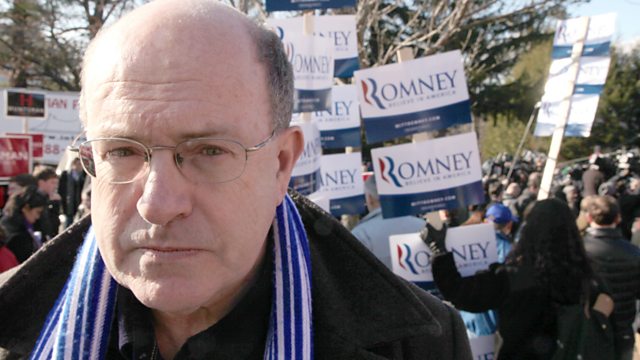 John Sweeney investigates the beliefs of Mitt Romney, the man most likely to take on Barack Obama later this year, and asks whether America is ready for a Mormon president.

Sweeney travels to Utah to examine the appeal of the world's fastest growing religion. He meets the stars of its expensive ad campaign 'I'm a Mormon', who tell him of their dedication to family and charity. He meets polygamists, followers of an old Mormon tradition the official Church has turned its back on, he talks to missionaries who recruit people around the world just like Mitt Romney in the sixties, finds ex-members who claim they are cut off from their families and accuse Mormonism of being a cult, and he explores the faith with a Mormon apostle.