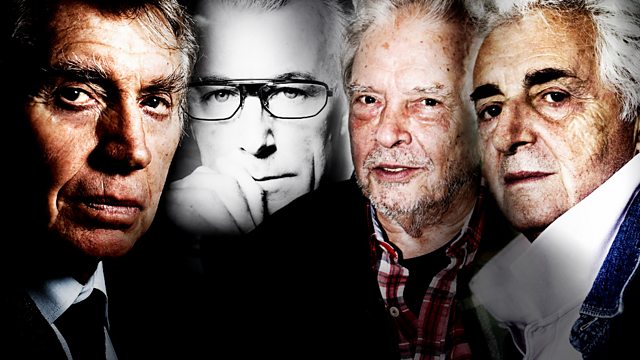 John Wilson talks to four leading photographers of the same generation whose careers began in the 1960s and whose images have become classics of their time, from the pages of Vogue magazine to the Vietnam war, and the death of Bobby Kennedy.

David Bailey, Don McCullin, Terry O'Neill and Harry Benson discuss their approach to their new craft at a time when magazines and newspapers were beginning to change the way they used images, and offer tips on how to take the perfect photograph.

David Bailey discusses his approach to getting the best out of his fashion models in the studio, Terry O'Neill reflects on the changing role of photography and the arrival of the culture of celebrity; Don McCullin revisits the Vietnam war and its lasting effect on him as a photographer, and Harry Benson remembers the night he was standing next to presidential candidate Robert F. Kennedy when he was shot, and describes the challenge of getting his images of the dying senator.