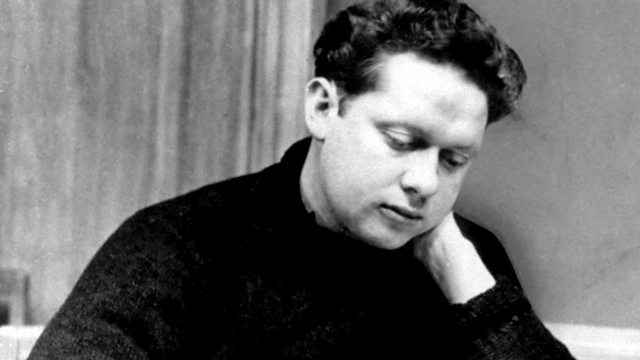 Dylan Thomas, arguably Wales's most famous poet, comes under scrutiny on Great Lives. A man famous both for his linguistic exuberance and his chaotic, alcohol-fuelled private life, Dylan Thomas is proposed by another Welsh poet in a specially recorded programme at Bristol's More Than Words Listening Festival.

Owen Sheers is one of Britain's brightest young writers and the author of Resistance, and he is keen to bust some myths about his fellow Welshman's reputation. Joining him on stage is presenter Matthew Parris along with Damian Walford-Davies of Aberystwyth University. The programme includes archive recordings of Dylan Thomas's famous voice, and also Richard Burton reading the opening of Under Milk Wood.