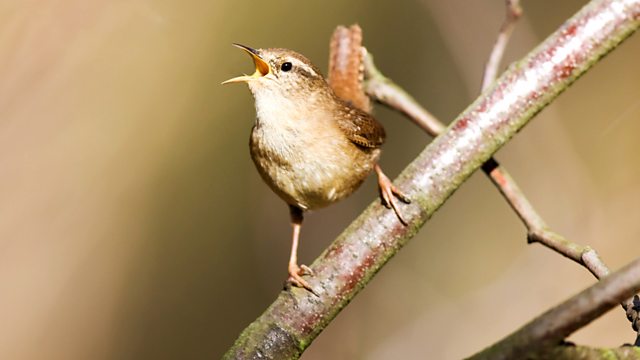 Christine Finn explores the appeal of recorded natural sound and how it has been manipulated by musicians since the first live broadcast of birdsong in 1924.

Since Irving Teibel created his Environments label in the US in the late 1960s, recorded natural sound has been a commercial proposition, sought by city-dwellers to re-kindle elemental connections. And his recordings of rain falling in pine forests or sleepy lagoons, thunderstorms, waves crashing and birds singing were deemed significant enough for NASA to send into space on Voyager in 1977. A decade later in the UK, Duncan Macdonald launched WildSounds - initially to teach people to distinguish different birdsongs, but soon adding 'atmospheres' from the Amazon or the African veldt.

Christine Finn explores the appeal of recorded natural sound and how it's been manipulated by musicians since the first live broadcast of birdsong in 1924, when the cellist Beatrice Harrison duetted with a nightingale in her garden. When sound engineer Quentin Howard was launching Classic FM in 1992, he used a loop of birdsong recorded in his garden. Radio Birdsong drew appreciative comments from listeners who claimed it relaxed them. Psychologist Eleanor Ratcliffe is investigating why natural sounds hold this appeal.

Finn explores the boundaries between natural sound and ambient music, and hears from musician Kit Watkins how living in the mountains of Virginia caused him to use the natural sounds around him in his compositions; she meets Matthew Herbert, whose album One Pig uses natural sound of a different kind to trace the life of a pig, from birth to plate.

Finn discovers there's a lot more to recorded natural sound than just whale music, but also finds that whale music, far from simply wafting among New Age crystals, played a major role in launching the conservation movement of the 70s.

The Licence to Kill