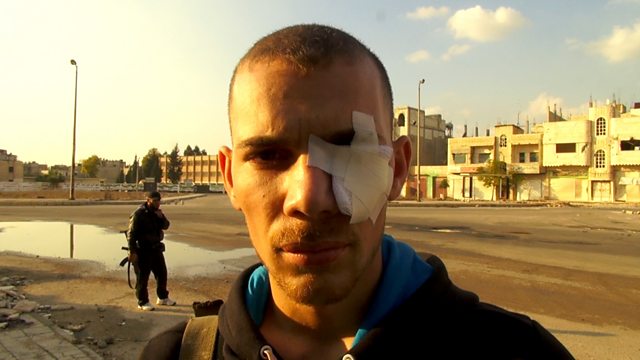 Paul Wood charts the rise and brutal suppression of the uprising in the Syrian city of Homs. What started with hope of revolution now sees refugees fleeing to escape retribution.

BBC reporter Paul Wood, who has only just come out of Syria, charts the rise and brutal suppression of the uprising in the Syrian city of Homs.

During the past four months, he and cameraman Fred Scott have been smuggled in and out of the city and surrounding areas - crawling for miles through unlit drainage tunnels to witness first-hand the Syrian government's bombardment of the city and its people.

Their time in and around Homs charts the progress of the uprising there - from its start with hope of revolution, to following the refugees now fleeing the city to escape retribution at the hands of President Assad's security forces and angry with the rebel forces they believe have deserted them and left them to their fate.