BBC Two
How God Made the English
Main content 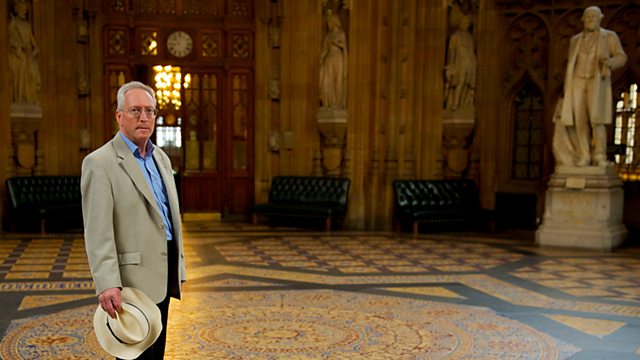 How God Made the English
Episode 1 of 3

Diarmaid MacCulloch explores what it means to be English. In this episode, he chronicles the roots of the idea that the English think themselves better than others.

The first in a three-part series in which Diarmaid MacCulloch, professor of church history at Oxford University and presenter of the award-winning BBC series A History of Christianity, explores both what it means to be English and what has shaped English identity, from the Dark Ages, through the Reformation to modern times. Professor MacCulloch identifies three broad traits commonly associated with the English - the idea that the English think they are better than others, the idea that they are a specially tolerant people and the idea that to be English, quintessentially is to be white, Anglo-Saxon and Church of England Christian. He investigates whether these stereotypes are accurate and looks at what forces have shaped English identity - secular or religious?

In this first episode, Professor MacCulloch chronicles the roots of the idea that the English think themselves better than others and duty-bound to play a leading role in world affairs. He argues that the roots of this attitude lie in a tangle of religious motives. He traces its origins to the notion of a 'chosen people' - a Biblical idea which the monk and historian, the Venerable Bede, took lock, stock and barrel from the Jewish scriptures and applied to the early English.

See all episodes from How God Made the English