BBC One
We Won't Drop the Baby
Main content 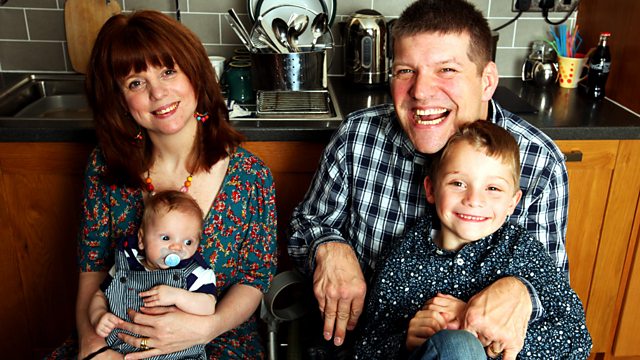 We Won't Drop the Baby

Documentary laying bare the joys and hurdles of disabled parenting over a six month period, following comedian Laurence Clark and his wife Adele, who both have cerebral palsy.

Comedian Laurence Clark and his wife Adele both have cerebral palsy. Six years ago when they had a baby boy, Tom, they were criticised by doctors for being irresponsible. Laurence is wheelchair-bound, and Adele is heavily dependent on her crutches. But now Adele is pregnant again. And this time Adele is determined to have a natural birth. It is a brave decision, considering Laurence's cerebral palsy was caused by his own difficult birth, and Adele's CP affects her from the waist down.

For six months we join Laurence, Tom and Adele in an observational film that lays bare the joys and hurdles of disabled parenting.

As if they didn't have enough to deal with - just four weeks after Adele's due date, Laurence is set to appear at the Edinburgh Festival Fringe performing his comedy routine throughout the summer. It will be an exciting and challenging time for the Clarks as they make the journey up north, complete with their newborn baby. Will Laurence be able to balance family life with his passion for comedy?