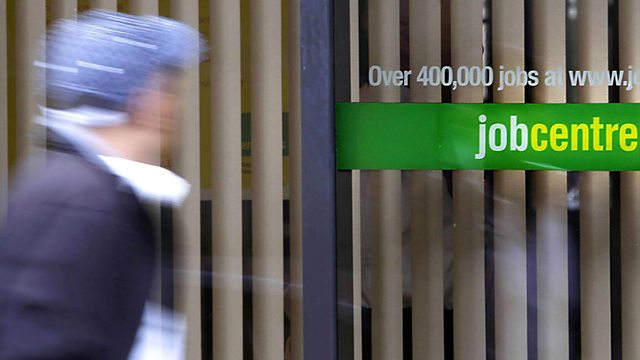 The Report investigates the government's welfare-to-work scheme. Why are some of the organisations in charge of delivering the plans saying that the Work Programme is unworkable?

The Report investigates the government's welfare-to-work scheme. Why are some of the organisations in charge of delivering the plans saying that the Work Programme is unworkable?

Shortly after the £5 billion Work Programme was put into place last year, The Report highlighted concerns about whether the scheme could succeed where other plans had failed in helping the long-term unemployed find jobs, through the use of charities and for-profit companies.

Hannah Barnes revisits the story and finds that despite the fact the scheme has been running for less than a year, some charities and voluntary organisations are already pulling out. They cite a lack of referrals from prime contractors - the handful of mostly private companies the government contracted with under the Work Programme - and the difficulty of helping the most difficult cases.

With the bulk of payments under the scheme linked to keeping people in jobs over the long term, some charities have struggled with cash flow problems that have threatened to put them out of business.

A National Audit Office report suggested that the government had been being overly optimistic in its estimates of the number of people who will be helped into work over the course of the Work Programme's five-year contracts. Hannah revisits some of the unemployed people currently on the scheme who spoke to The Report to in September. Six months on, have any of them found jobs?

With warning signs piling up, The Report asks why the coalition government is still pressing forward with the Work Programme.