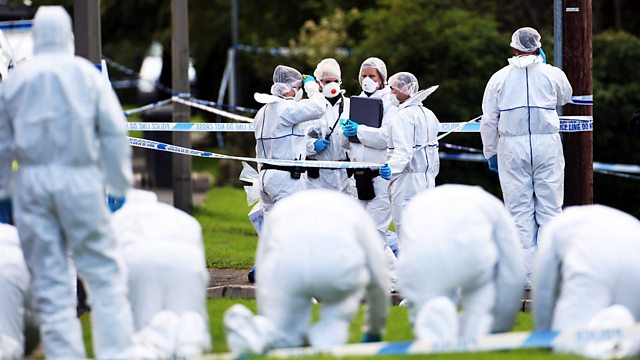 Jim Al-Khalili talks to Angela Gallop, the scientist who provided the vital forensic evidence in the recent retrial for the murder of Stephen Lawrence.

Jim al-Khalili talks to Angela Gallop, the scientist who provided the vital forensic evidence in the recent re-trial for the murder of Stephen Lawrence.

Angela describes the painstaking scientific detective work that led her team to find a tiny blood clot on Gary Dobson's jacket, that was not identified during the original trial in 1995; and how they proved that this evidence was not the result of contamination during the handling and storage of the clothing exhibits.

Never before in the history of criminal justice have so many cases relied so heavily on scientific evidence. Forensic scientists have ever more sophisticated and powerful techniques at their disposal but, as long as these techniques rely on human judgement (and a surprising number still do) there will be limits to their reliability. Much as we would like to believe the opposite, forensic science is fallible.

Further, even when the science is accurate, there's ample scope in a court of law for good science to be made to look bad and bad science, good. Lawyers locked into an adversarial system can all too easily cast doubt on excellent scientific evidence. Equally, Angela warns of the dangers of putting science on a pedestal .

After a brief spell studying sea slugs on the Isle of Wight, she joined the Forensic Science Service, later switched to working for the defence and is now probably the most sought after forensic scientist in the UK, involved in countless high profile cases, including the Cardiff Three, the coastal path murders as well as both the trial and retrial of Stephen Lawrence.