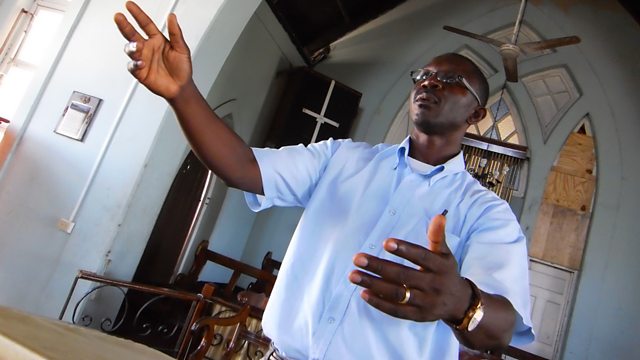 Nineteenth-century Britain was a golden age for Christian missionaries, who took the word of God around the globe to countries in which that religion remains and is now thriving. In a reverse of those great missionary journeys, idealistic modern-day missionaries travel to Britain to discover the historical roots of their faith and try to pursue their own missionary agenda in 21st-century Britain, trying to breathe new life into churches with declining attendance.

Jamaican Baptist pastor Franklin Small is on his way to King's Stanley, a village in the Cotswolds. It is home to the oldest Baptist church in Gloucestershire, which is now threatened with closure. It was also home to Thomas Burchell, a missionary at the vanguard of the anti-slavery movement in the Caribbean.

Pastor Franklin tries to bring some of his energetic Jamaican preaching style to the Cotswold community - but in the face of apathy, can he succeed in encouraging locals to embrace faith and take an interest in their church?

Inspired by the life of his hero, Franklin also undertakes a fascinating historical journey, meeting Burchell's great, great, great grandson and paying his respects on the spot that he was baptised over 200 years ago.

See all episodes from Reverse Missionaries