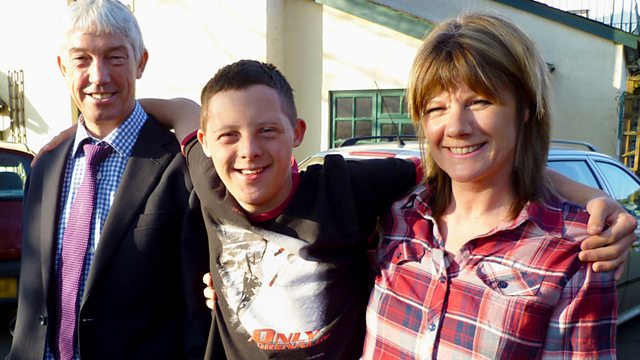 Following Rosa Monckton and her daughter Domenica, who has Down's syndrome, as she leaves school and takes her first steps into the adult world and greater independence.

Having a child leave home is difficult enough for any parent, but when your teenage daughter has Down's syndrome it is even harder. Domenica Lawson, nearly sixteen, is unsettled at the prospect of growing up and of having to leave a warm and supportive home. But it is her mother, Rosa Monckton, who is faced with the challenge of planning for the future, knowing that her daughter must eventually leave home and start an independent life without her.

Letting Go follows Rosa and her daughter as she leaves school and takes her first steps into a more adult world. And as Domenica prepares for the challenges of independent life, Rosa meets three other young people with learning disabilities, and discovers how they are managing their transition to greater independence.

Jess Hiles has a rare genetic disorder. With the encouragement of her parents, she has moved in to her own flat. But as she and her parents have discovered, living alone does not mean living independently.

Richard Sherratt's learning disabilities meant that despite having significant support from carers he was unable to cope with neighbourhood hostility and has had to return home to be looked after once again by his mother, Dawn.

Jack Hale, from Devon, is a year older than Rosa's daughter and also has Down's syndrome. There is a happy and well-run care home very nearby, but his mother Ronni has never really considered it. Her sparky son has ambitions to be a DJ and to be famous, and she is reluctant to limit his horizons.