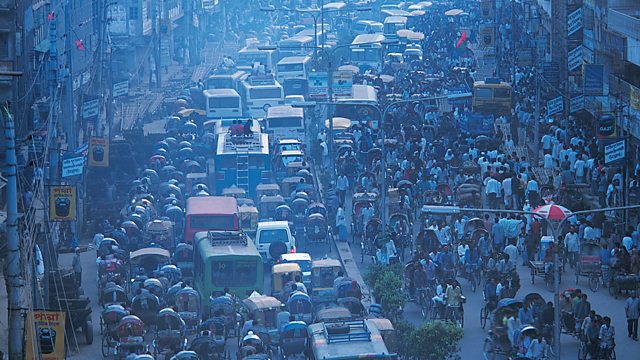 4 Extra Debut. In the ex-pat world of Bangladesh, a body in a pool sparks some stark choices for Sub-Inspector Mondol. Stars Sanjeev Bhaskar.

Sub-Inspector Mondol is a Bangladeshi detective with a few problems: a body in a pool, a tight, ex-pat British community and a Superintendent who doesn't want to rock the boat. All too swiftly, Mondol finds himself in the murky world of unregulated property development, heroin addiction and bribery. What choices will he make? A compelling detective story by award winning writer Ben Musgrave.

Produced and directed by Sarah Bradshaw

Ben Musgrave grew up in Bangladesh, India and Britain. An experienced theatre writer, Ben won first prize in the 2007 inaugural Bruntwood playwriting competition at the Manchester Royal Exchange. Ben's most recent stage play 'His Teeth' was described by The Manchester Guardian as 'entirely gripping'. This is Ben's first play for radio and he emerged through the BBC Writers Room "Sparks" scheme.

Rachel Joyce - The Man with Wings