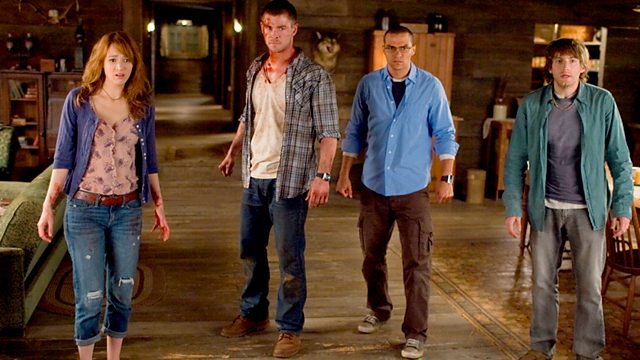 Clive James and The Cabin in the Woods film review

Mark Lawson includes an interview with Clive James about his new collection of poetry, plus reviews of Joss Whedon's The Cabin in the Woods and Ricky Gervais' Derek.

Clive James found fame as a critic, TV presenter and memoirist, but has also written and published poetry for more than 50 years. He discusses his new collection of verse Nefertiti in the Flack Tower.

Two TV shows with high-profile names attached are about to arrive on our screens. Ricky Gervais stars in his new comedy Derek, which is set in an old people's home. The American musical drama Smash is co-produced by Steven Spielberg, and is set behind the scenes of a new Broadway show. Rebecca Nicholson reviews.

Madani Younis is the new artistic director of the Bush Theatre, London, a venue with a strong reputation for developing new writers. He discusses his plans and reflects on how his own background shapes his approach to his work.