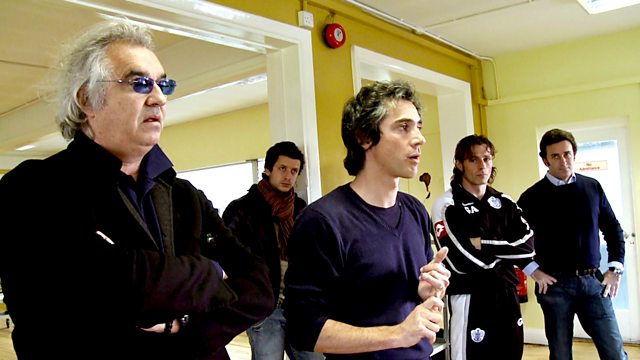 One of modern football's most extraordinary stories - how Queens Park Rangers Football Club was rescued from bankruptcy by four billionaires and promoted to the Premier League.

In 2007 Queens Park Rangers Football Club, facing relegation and bankruptcy, was rescued by four high-profile billionaires. Their vision: to take a community of reluctant fans, semi-talented players and a roster of ever-changing managers to Premiership glory. The new owners, risking ridicule and commercial failure, allowed cameras unprecedented access to record the roller-coaster ride. Though they paid for much of the filming they did not control where the cameras pointed or what ended up in the film.

One of modern football's most extraordinary stories, told from inside the boardroom, changing rooms and sidelines, the programme features the boardroom battles, telephone conversations, matches and private chats that reveal the inside story of the turbulent and dramatic developments that led to QPR's heroic promotion to the Premier League four tumultuous years later.