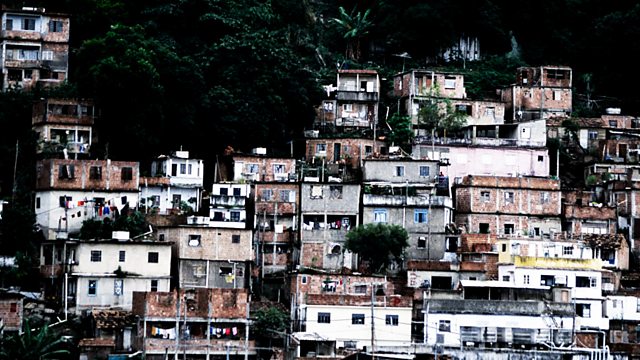 Fast-paced thriller by Chris Thorpe, set in one of Rio de Janeiro's most crowded favelas, exploring a single day in the lives of a varied group of complicated characters.

Set in one of Rio de Janeiro's most crowded favelas, this ambitious ensemble drama by Chris Thorpe is part love-story and part thriller revolving around a single day in the lives of a couple of thieves, a crooked policeman, a charity worker, a priest, a blind revolutionary and a pregnant teenager.

Recorded in Brazil, it was made with the help of the Nós do Morro theatre in Vidigal, Rio de Janeiro.