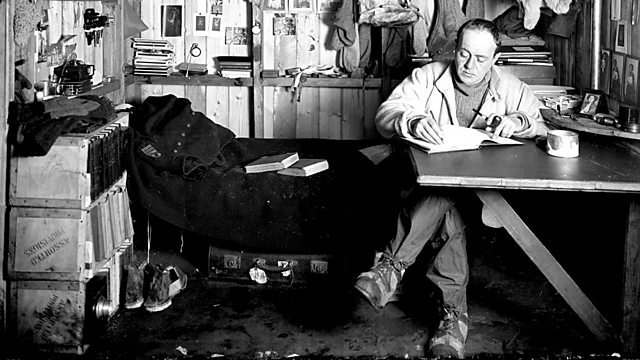 Scott's bid to reach the South Pole first may have ended in tragic failure, but Kevin Fong argues the scientific discoveries were much more important than who won the polar race.

Kevin Fong looks beyond the failure of Robert Falcon Scott's expedition to be the first to reach the South Pole and focuses instead on the scientific legacy of Scott's explorations of Antarctica between 1901 and 1912.

In recent years, much has been written about Scott the polar loser and bungler. But that personalised narrative ignores the pioneering scientific research and discoveries which transformed Antarctica from an unknown quantity on the map into a profoundly important continent in the Earth's past and present.

Before Scott and Shackleton trekked across the vast ice sheets in the early 1900s, no-one was sure whether there was even a continent there. Some geographers had suggested Antarctica was merely a colossal raft of ice anchored to a scattering of islands. The science teams on the three British expeditions made fundamental discoveries about Antarctic weather and began to realise the frozen continent's fundamental role in global climate and ocean circulation. They discovered rocks and fossils which showed Antarctica was once a balmy forested place. They mapped the magnetism around the South Pole for both science and navigators. They found many new species of animals and revealed the extraordinary winter breeding habits of the penguins.

Antarctic historians such as Ed Larson and polar researchers such as David Walton of the British Antarctic Survey explain how the motivation for Scott's two expeditions and Shackleton's Nimrod expedition was a mix of colonial ambition, scientific exploration and displays of national prowess. In fact many historians suggest that Scott's final bid to claim the South Pole for the British was handicapped because the expedition was doing too much science.

The dedication to scientific discovery is most poignantly revealed by fossils that Scott's party collected after their disappointment of being beaten by Amundsen and a few weeks before they froze to death trudging across the Ross ice shelf. They found a particular plant fossil which had been one of the Holy Grails on the early explorations of Antarctica's interior. As Peta Hayes of the Natural History Museum explains, it proved an hypothesis raised by Darwin among others that all the southern continents were once linked together. The fossils were also important evidence to support the new and controversial theory of Continental Drift - a theory which now underpins the entirety of modern Earth science.

See all episodes from Scott's Legacy