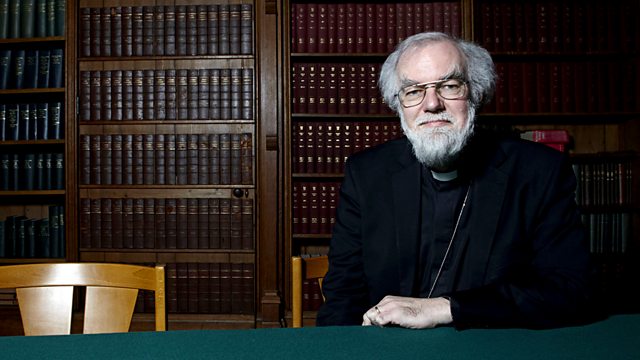 The Archbishop of Canterbury, Dr Rowan Williams, presents a portrait of Vernon Watkins, whom he considers one of the 20th century's most distinctive, brilliant and neglected poets.

The Archbishop of Canterbury, Dr. Rowan Williams presents a portrait of Vernon Watkins, a poet he regards as one of the twentieth century's most brilliant and distinctive - and unjustly neglected voices.

At the time of his death in 1967, it's likely Watkins was in line to succeed John Masefield as Poet Laureate. Kathleen Raine believed Watkins to be "the greatest lyric poet of her generation"; T.S. Eliot and Philip Larkin were also admirers. Dylan Thomas was of the opinion that Watkins was "the only poet whose poetry I really like today". Given such appreciation, the reason why Watkins' poetry slipped quietly into the shadows is something of a mystery.

It may be due, at least in part, to his association with Dylan Thomas. Two Welsh poets, writing in English, they first met in 1935, soon after the publication of Thomas's first collection of poetry. Generous in spirit, Watkins immediately recognised Thomas's genius and he never deviated from that opinion. They quickly became friends, meeting up regularly at Watkins' home on the Gower cliffs, both absorbed in the craft of writing poetry. It was through Thomas that Watkins became associated with the artists, musicians and writers, among them Alfred Janes and Daniel Jones, who socialised at the Kardomah CafÃ© in Swansea. The number of poems Watkins wrote about Thomas leaves no doubt as to the presence Thomas had in his life, but aside from a shared Welsh heritage and a passionate love of language, there are relatively few points of comparison between them. Temperamentally dissimilar, Watkins preferred a regular existence, while Thomas lived life far more precariously. Their working methods too were different. Watkins was to say that while Thomas worked with what he called living language and "moulded" his poems, his own poetry was written "from the ear and for the ear" with an innate sense of musicality.

A master craftsman, Watkins devoted a lifetime to poetry, writing in every known form, from free verse to sonnets and ballads. Generally his poems would be the result of long gestation periods, refined and revised frequently over a year or more. At the time of his death he'd already published several volumes of poetry for Faber, the pre-eminent publisher of the period; posthumously that number doubled. He plied his craft daily, working on his poems after a day spent working as a cashier in a bank. In the evening, momentarily leaving behind the demands of a wife and five children, he could be seen walking along the limestone cliffs of South Gower, where he lived, looking for material to ignite his imagination. Despite being a keen observer of the natural world, he never regarded himself as a nature poet, rather he saw himself as a religious and metaphysical poet, always looking behind the surface, towards an inner world, beyond time. As he says in his poem, The Razor Shell, "do not interpret me too soon".