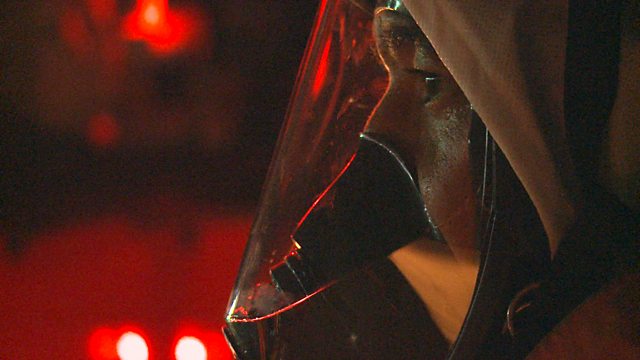 International investigative documentary series. When a tsunami struck Japan in 2011, it swamped the Fukushima nuclear complex causing nuclear meltdown and releasing radiation that ultimately would leave hundreds of square miles uninhabitable, and cost a hundred thousand people their homes.

With unique footage and powerful eyewitness testimony from key figures in the drama - the engineers in the plant, firemen, soldiers, pilots, tsunami survivors, the Japanese prime minister and even the MD of the company operating the plant - Inside the Meltdown reveals what really happened in the extraordinary days after the tsunami as a disaster unfolded that Japan's nuclear industry said would never happen.

It tells the story of workers inside the plant's pitch-dark, radio-active reactor buildings desperately trying to stop reactors exploding as radiation levels rose inexorably. 'In the control room people were saying we were finished,' says one. 'They were saying it quietly but they were saying it.' It meets the helicopter pilots who desperately dropped water from above the radioactive cores, and the firemen who braved radiation to spray water onto melting nuclear fuel. 'We chose all the over 40s', their chief tells the programme. 'These were the guys who were not going to be having any more children.'

Inside the Meltdown also reveals the tensions between the plant's owners and an increasingly distrustful Japanese prime minister, struggling to get at the truth of what was happening, fearful the owners planned to abandon the plant. He reveals his experts at one point warned he might need to evacuate vast areas of Japan, even the capital Tokyo. 'That first week, we walked a razor thin line,' he tells This World.

Egypt - Children of the Revolution

The Fastest Changing Place on Earth