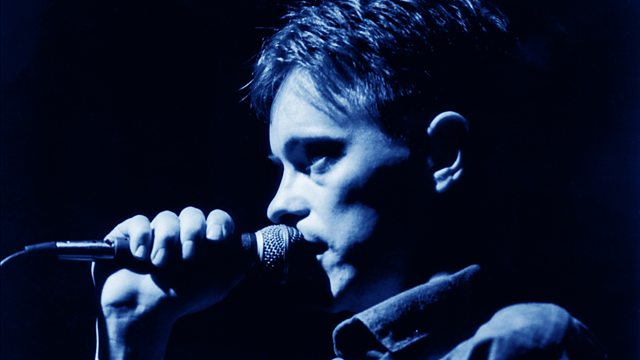 4 Extra Debut. Paul Morley explores the impact of 7-inch single's grand relative and its peak in the 80s. From March 2012.

From the mid-1970s the humble 7 inch vinyl single was joined by a much grander relative - the 12 inch single. It reached its peak in 1983 with Blue Monday by New Order, probably the biggest selling 12 inch single of all time.

Music Journalist and co-founder of ZTT Records, Paul Morley visits the Factory Club in Manchester to talk to Peter Hook of New Order about how Blue Monday was written and to designer Peter Saville about the famous sleeve.

Paul explores the origins of the 12 inch single as a potentially higher quality format than the 7 inch single and visits Abbey Road studios to watch an engineer cutting a 12 inch single; does it really sound better?

And he meets music producer Trevor Horn at Sarm Studios, home of ZTT records, to discuss the Frankie Goes to Hollywood 12 inch singles. ZTT released so many different versions of Two Tribes on 12 inch that the chart rules were changed - so was the record buyer getting value for money? And what does the 12 inch single tell us about 1980s excesses?