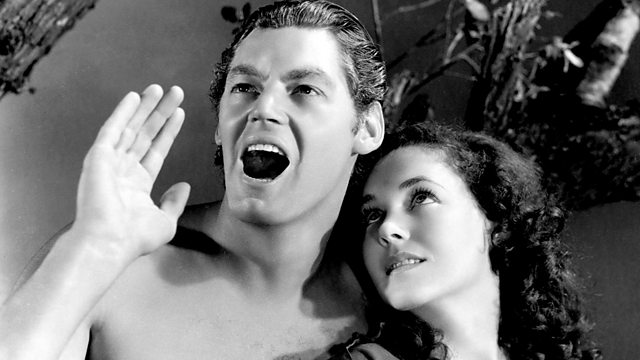 Tarzan: Lord of the Jungle

John Waite explores the appeal of one of popular culture's most enduring characters, Edgar Rice Burroughs' Tarzan. From 2012.

In 1912 Edgar Rice Burroughs created the character of Tarzan who quickly became a global sensation.

When the books were first adapted for the big screen in 1918, the resulting film was one of the first ever to take over a million dollars at the box office. Way ahead of his time, Burroughs ignored the advice of business 'experts' who told him not to roll out the character across different formats. By doing so, he was one of the true pioneers of the multi-media franchises that have since become the norm.

Tarzan himself has been as troubling as he has been popular - the different characterisations that have appeared in the hundreds of books, films, radio shows, comic books, cartoons etc., make it very hard to pinpoint one single, authentic character. Some critics have derided him for his affirmation of white, colonial assumptions, while others have championed his eco-warrior credentials.

One thing is for sure - with a range of new books and films appearing, the character of Tarzan has lost little of his original appeal.

John Waite talks with, among others, James Sullos of ERB Inc., Desmond Morris to find out about the plausibility of the notion of a baby being raised by apes, and cultural historian Jeffrey Richards.