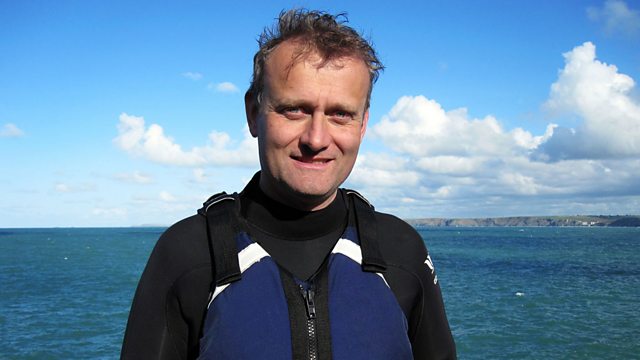 The Great British Countryside
Episode 1 of 4

Hugh Dennis and Julia Bradbury explore the most stunning parts of Cornwall and Devon to learn how Britain's past lives on in fascinating stories and characters.

Hugh Dennis and Julia Bradbury venture across the most stunning parts of Cornwall and Devon to discover how Britain's epic past lives on in the most fascinating stories and characters.

Hugh experiences the full force of the Atlantic as he leaps from a sharp granite clifftop into a lashing sea - his first taste of coasteering. He also attempts to land on Britain's scariest helipad - at the top of a lighthouse, which regularly gets punched out by the power of the sea. Back on land, he attempts to build a hedge that isn't actually a hedge, and retraces the steps of King Arthur at the weirdly-shaped Tintagel Castle.

Julia finds out why Cornwall is a mecca for top surfers, and ventures to the spookiest part of Dartmoor, recently featured in Sherlock. And between them, they uncover how the rocky upheavals in our deepest past created the landscape itself. For a country our size, Britain has the biggest variety of geology on earth, which has created not only a beautiful landscape, but also a fascinating industrial heritage, a rich history and many legends.

Hugh and Julia are a pair well met. Hugh's been obsessed by the shape of the landscape, and how it formed, since he was a child - and he went onto study it as part of his Cambridge degree. And Julia's loved walking the British countryside since she could toddle.

See all episodes from The Great British Countryside

See all clips from Cornwall and Devon (2)