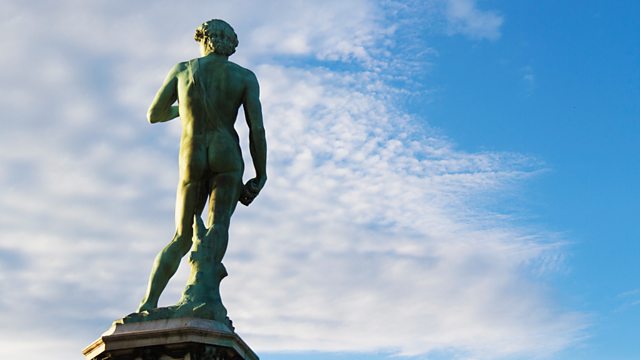 Classicist Edith Hall reflects on the meaning of the male nude in the art of the ancient world, from Myron's Discobolus to Antinous.

When we think of the nude we usually think of the female nude and in Western art in particular we're often contemplating an image where the artist is primarily concerned with sensuality and desire. If we spare a thought for the male nude at all he tends to appear as a figure symbolising courage and endurance. Both perspectives are, of course, a simplification or distortion. This week's Essay series - Men Only: An Informal History of the Male Nude - is a kind of corrective to that astigmatism.
In the first essay the classicist Edith Hall examines the ideals of the Greeks and the Romans. She begins with Myron's discus thrower from 460 BC and moves via Marilyn Monroe and Leni Riefenstahl to the images of Antinous, the great love of the Roman Emperor, Hadrian. Along the way she rediscovers the shock of her first encounters with the Classical tradition and reflects on the impact this continues to have on our lives today.