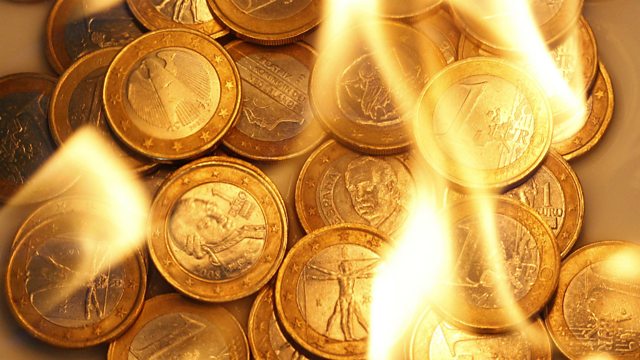 What happens if the eurozone splits? Policymakers across Europe are putting their contingency plans together. Chris Bowlby reveals their thinking.

Europe thinks the unthinkable - what happens if the Eurozone splits. What would happen to the banking sector, how would a new currency be put in place, can contagion be halted, and more fundamentally could the Euro survive? Policymakers across Europe are putting their contingency plans together. We reveal what some of the preparations may be. Reporter Chris Bowlby runs through some of the scenarios of what may happen if a country were to withdraw, and crucially what would happen next.