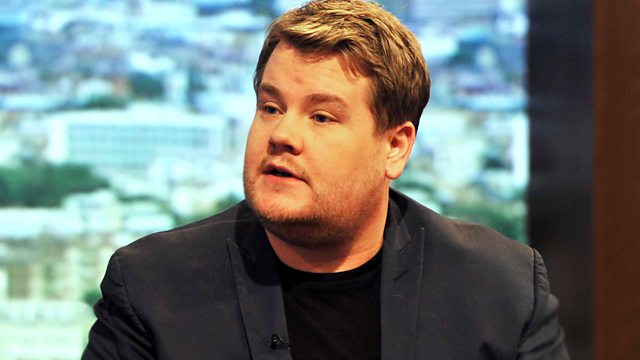 Actor and writer James Corden is interviewed by Kirsty Young.

As a child he longed to act - he found early success in Alan Bennett's play The History Boys and became a household name for the TV show he devised and co-wrote, Gavin and Stacey. These days he's starring in the West End in the comedy One Man, Two Guvnors. It is due to transfer to Broadway in the spring and he says: "I'm well aware that this could well be the best part that I ever play on stage - it's a gift for any actor who has any interest in comedy. It feels like all my dreams come true."

Record: Days Like this - Van Morrison
Book: A book to learn the piano
Luxury: A piano