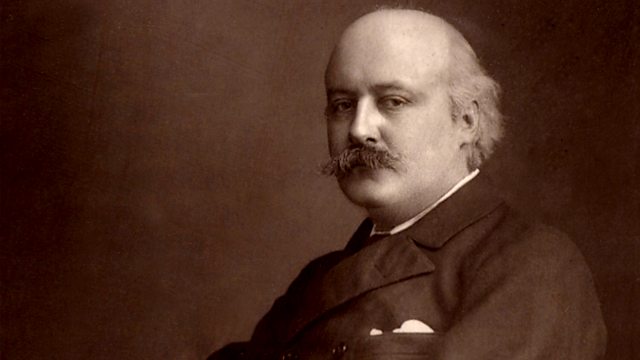 Parry is Spurred on by Wesley

Donald Macleod focuses on how the organist Samuel Wesley encouraged the young Parry to pursue a career in music.

He was considered the nation's unofficial composer laureate with hits such as Jerusalem, and was knighted by Queen Victoria for his services to music, including the revitalisation of British musical life. Donald Macleod focuses upon the life and music of Sir Hubert Parry (1848-1918).

Parry's own wish to study music, and later also to marry the love of his life, were both frowned upon by his elders, but he eventually achieved both, proving himself to be a man of determination and ability. He would, however, go on to be a victim of his own success, with the nation's lust for oratorios, an area of music in which Parry would be pigeonholed. His works were successful in the UK, but very few ever achieved much further afield, and although he was responsible for heralding a British musical renaissance, the nation would largely forget Parry towards the end of his life, in favour of younger talent. Parry did go on to have an incredible impact upon new composers in his role as Director of the Royal College of Music, and despite ill health throughout most of his life, he was never one to turn a student away or not offer help and advice.

Hubert Parry was born into an affluent family, with certain expectations being placed upon him with regard to his future career and religious beliefs. Parry would go on to fight against these confines, and whilst studying at Eton, he would also pursue his musical ambitions on the side, including composing anthems such as Crossing the Bar. The organ would also prove to be an area of interest to Parry throughout his career, with works such as his Fantasia and Fugue in G. In fact we see Parry in the organ loft with the senior composer Samuel Sebastian Wesley, who encourages the young lad to pursue a career in music.

When Parry went to Oxford, he soon acquired his music degree, and was active in devising musical events in his lodgings, including the performance of chamber music. Parry would go on to compose many chamber works, especially in his early career, including a Nonet. Also whilst still at Oxford, Parry searched out music tutors such as Pierson, who instructed Parry further in the art of instrumental writing. This tuition would eventually feed into larger works, such as his first Symphony.